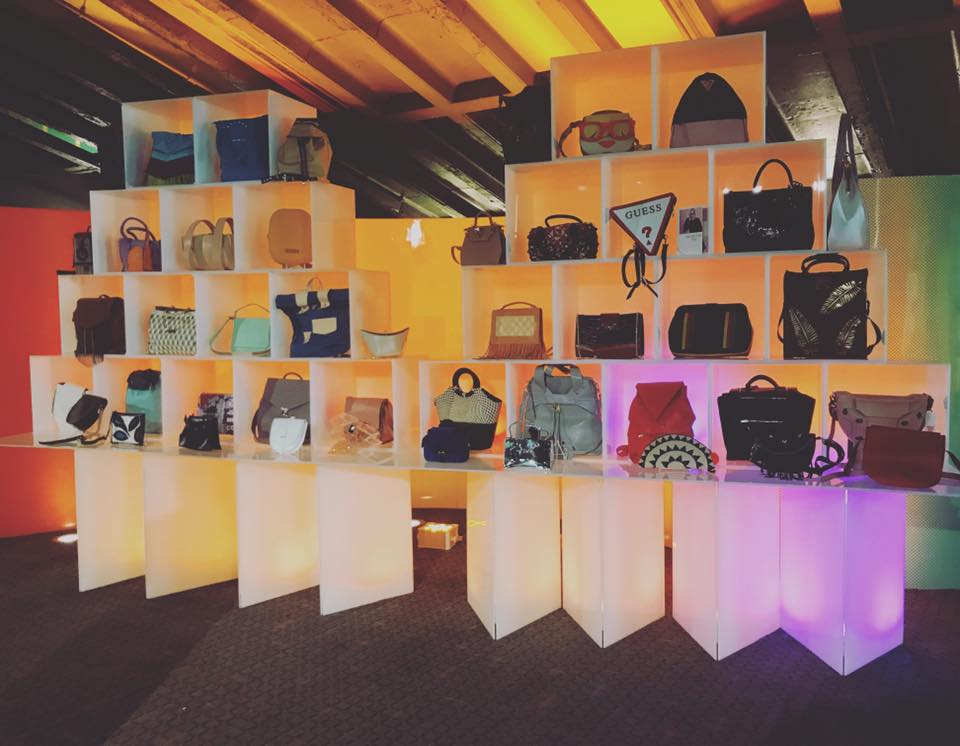 This year, SVA Theater has hosted the 11th Independent Handbag Designer Awards, featuring some of the most beautiful handbags in the history of fashion. The first round of judging selected 45 finalists that were consecutively voted and shared on their social media feeds by the people, who chose the best out of the “bunch”. The winners were announced on June 14th and were featured on some of the most relevant media outlets  such as In-Style. Among the sponsors of the event: Guess, NastyGal, UBMFashion, Deauxlux, Bernina, Neimanmarcus and many more… At the end of the presentation, Guess provided to all the guests a “shopping bag” in denim filled with gadgets and gifts for “wanna be designers”.

You can check out the 2017 winners for each category here: https://thehandbagawards.com/year/2017/winners Winner of the UBM Best Handbag in Overall Style and Design is an Italian fellow, Elena Longhi from Rome; Elena commented: “The VBackpack draws inspiration from the freedom and the atmosphere of the Seventies; it’s a pure tribute to all those hippie chic, glam rock and punk embodied by true icons who changed fashion forever. This style fully embraces the spirit of the decade radical movements, from feminists to civil rights, the same spirit which even today is so urgent and contemporary.” – Good job Elena! I’ve enjoyed the Ceremony so much and i am looking forward to attend next year…Despite I am living in the States for 4 years, I will never lose the sense of style and the good taste typical of my culture …I was born and raised in Milan, one of the world’s most influential capital of fashion, style and fashion are part of me and have influenced my career throughout the years.. I am a ‘Fashionista’!! In Milan we are attentive to details, with a hint of criticism regarding the ‘art of style’.